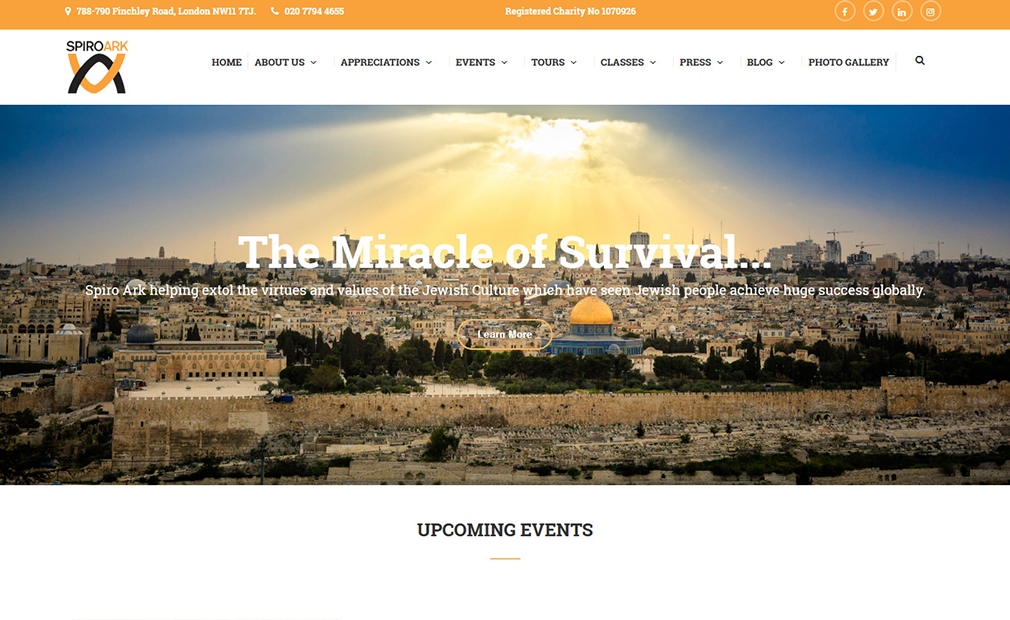 Spiro Ark is a London-based charitable organisation which organises Jewish cultural events and courses in Jewish History, culture and languages. It has been established by Nitza and Robin Spiro, well known for their pioneering work in Jewish Education in the UK. Spiro Ark aims to teach and enthuse about Jewish History and Culture, both because of the intrinsic fascination of these subjects, and because of the central role of Jewish Education and learning about Jewish History and culture in maintaining a Jewish sense of identity in the 21st century.